Hello lovely space-watchers~ At last, I have the time to sit and tell you about some highlights of my Taipei trip that happened earlier in November. 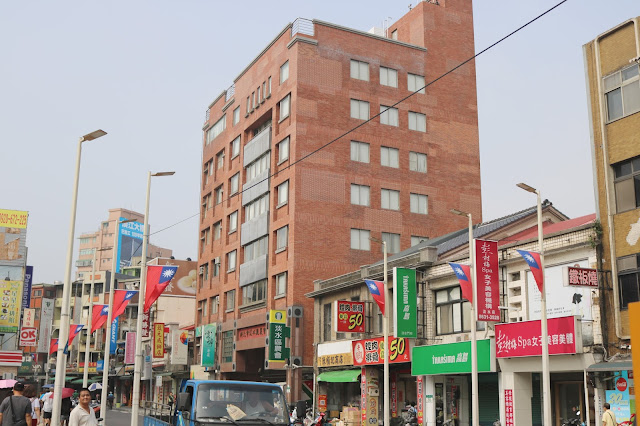 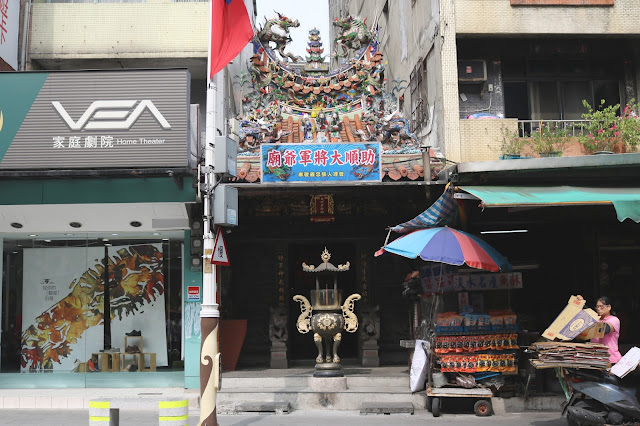 On that day of arrival in Taipei, I've planned to spend the day at Tam Shui - Bei Tou Hotspring. A little heads up for you if you're in the midst of planning your itinerary - since both places are situated at the northern part of the city, it would be wise to plan these two places on the same day to cut down travelling time.


What to buy at Tam Shui?

While strolling the streets of Tam Shui and enjoying the sea breeze, besides getting a glimpse of the past and stuffing yourself with all street food, here are some that you can bring back to bribe your family and friends (you can thank me later). 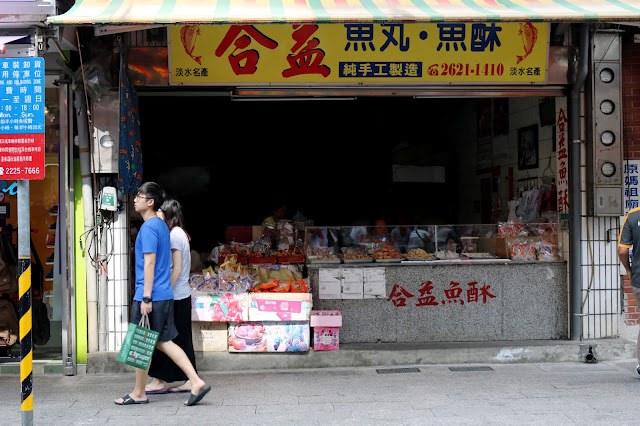 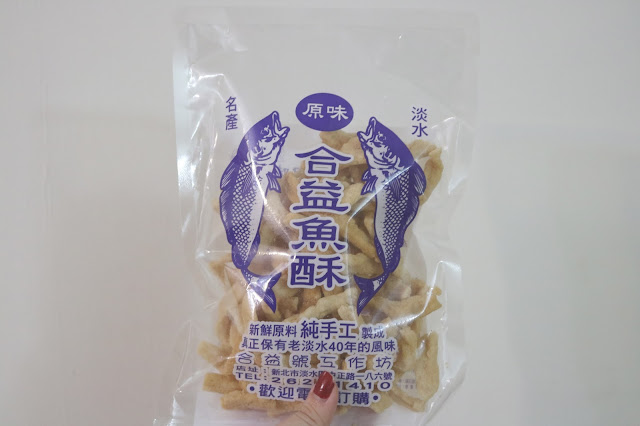 Posted this on Instagram awhile back and I am still obsessed with this snack. I should have brought home more so that I can share it with everyone around me. Trust me on this, when you bring home a good snack you'd most likely be popular, maybe for awhile.

The granny in me loves Chinese almond tea and I knew I couldn't give it a miss when I walked past it. This has got to be the best almond drink that I've ever tasted! Knowing that my dad loves a good almond drink, I decided to lug home a huge tin just for him. 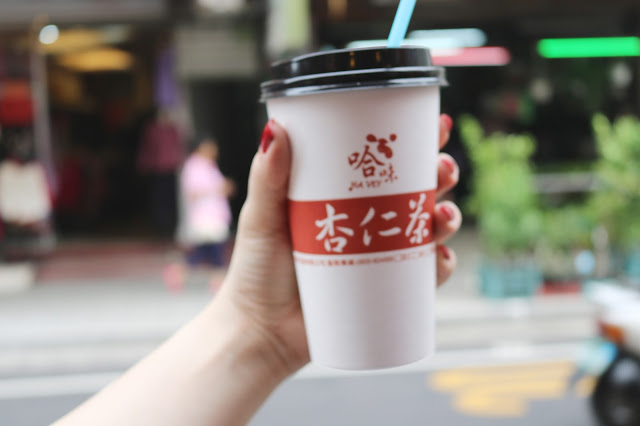 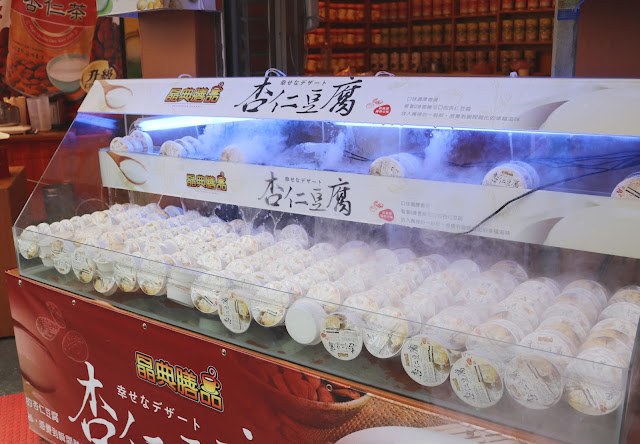 When I first heard about sour plum soup, I imagined it to come in an ancient porcelain bowl (y'know the usual way soups are served)  but in reality it's packaged in a disposable cup. well I guess it's more modern than I thought. The sour plum drink made to my list of best beverage there, coming close to topping the almod drink. The sweet-and-sour taste surely made a sunny afternoon a little more bearable. 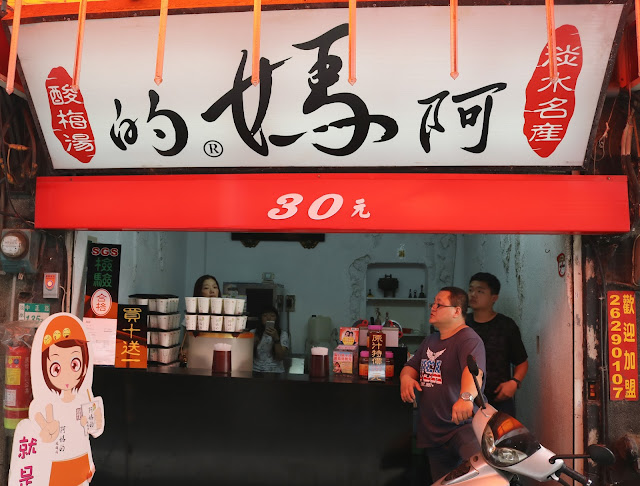 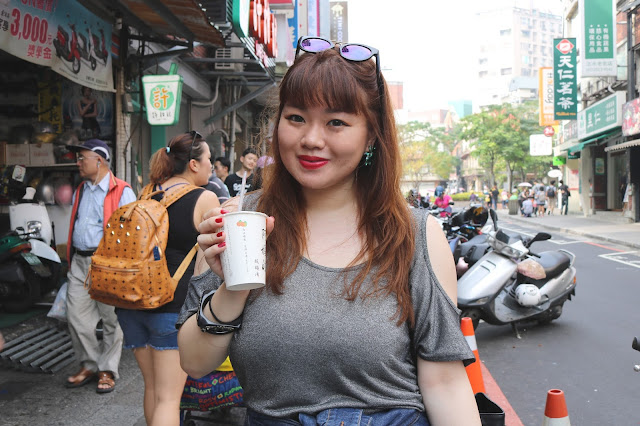 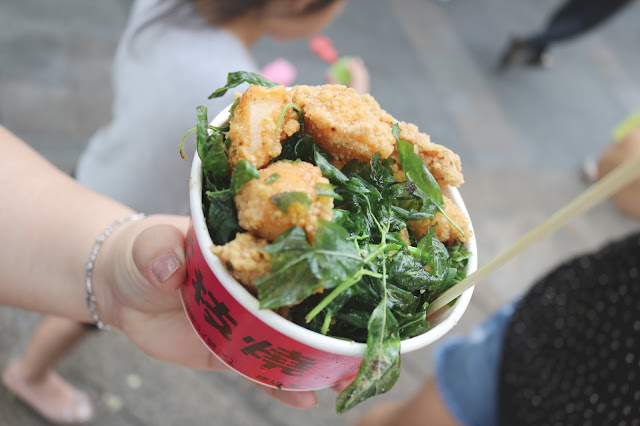 My main aim at Tam Shui was to have this. Since friends who have been there told me that they missed their chance to have it as shops were closed when they visited, I made it a point to plan my day on a weekend so that shops would be operating full force to cater to the weekend crowd. True enough, I wasn't disappointed. 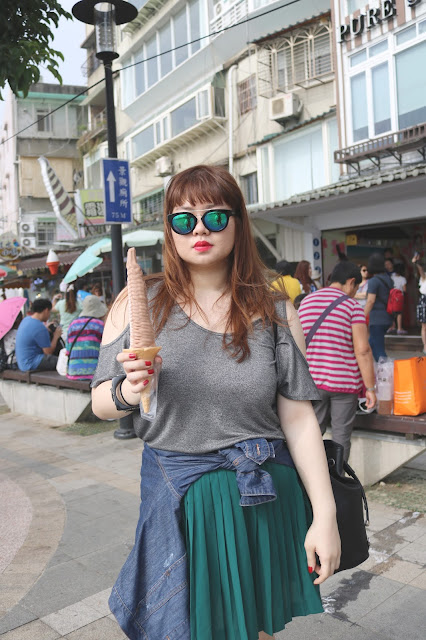 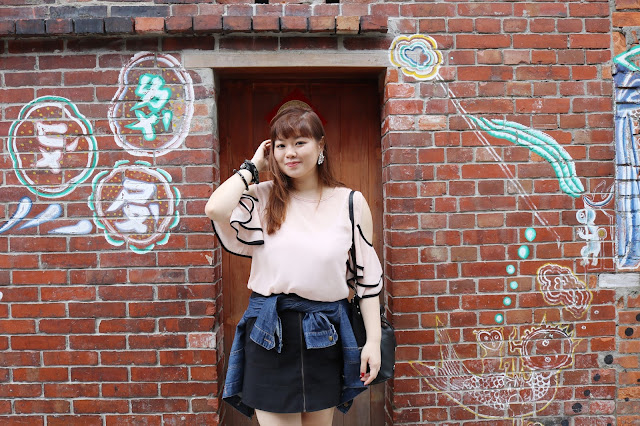 Bo Pi Liao street came to my knowledge through the Taiwanese movie- Monga and it's also one of the attractions that I was eager to check out. Being a fan of historical sites, places that has rich culture and history would spark my interest. The well-preserved street is full of character, the red brick walls and faded drawings as well as old wooden sign boards allows you to have an idea of what Taiwan was like back in the days. It's been such a pity that we're unable to stroll and take in everything this street has to offer because there was filming in progress and we were asked to clear the compound asap. 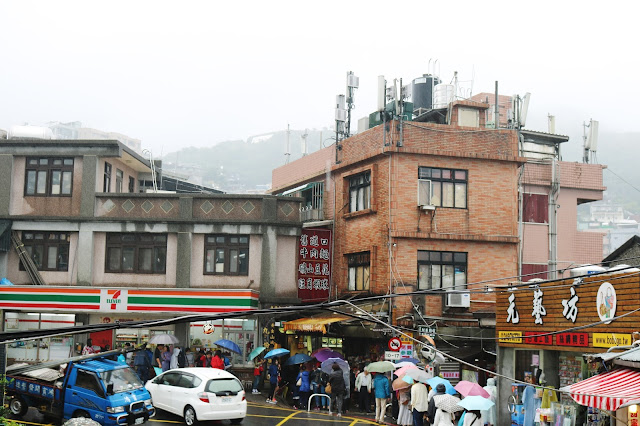 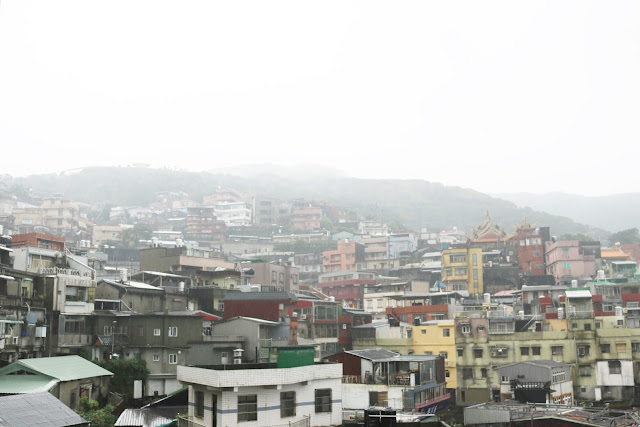 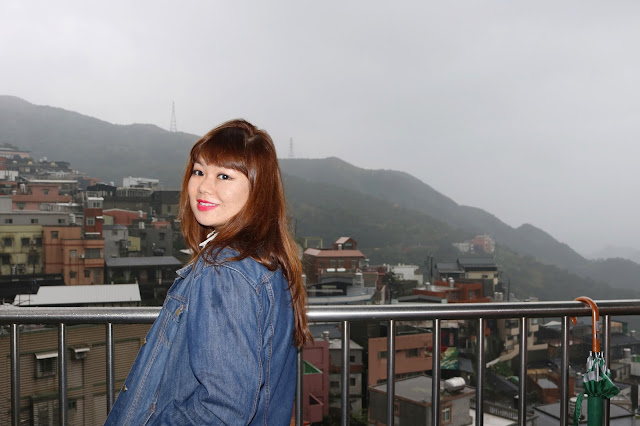 Jiu Fen Old Street has a reputation for being Taiwan's Santorini - similarly houses are seated on the cliff with a sea view front. The skies were grey, I pray so hard hoping that it doesn't rain but the moment we reached the train station, our suffering from bad weather starts. The rain ascended from a mere drizzle to a heavy downpour. Out of all days, the only time that I decided not to bring my umbrella, it rained. Well, but it sure didn't hinder with my determine heart to hunt for popular delicacies like the peanut icecream, taro balls and fish ball vermicelli. 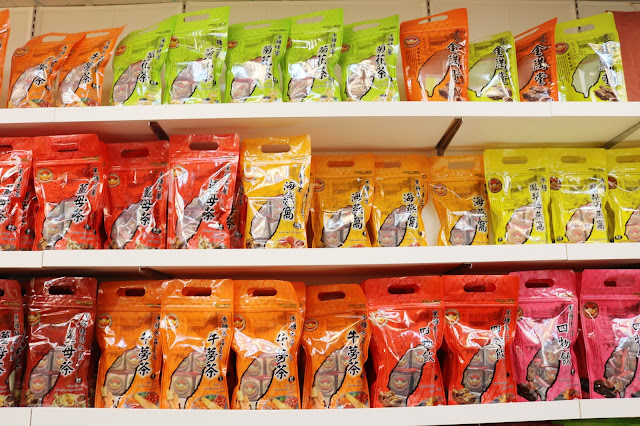 Flavoured teas in the form of cubes.

We then set off on a 40 minute journey to Shi Fen for the most important part of the trip - releasing sky lanterns. Every color on the lantern symbolizes a different meaning, we selected the a multi-colored one only because I thought that we're gonna be sending a message to the sky, might as well have more options and be more well rounded to get everything blessed.

After the completion of your masterpiece, the staff member would then guide you to the railway track and light it up for you. One of the staff members would assist you in turning the lantern and the another would be taking photos of you using your camera for each side. 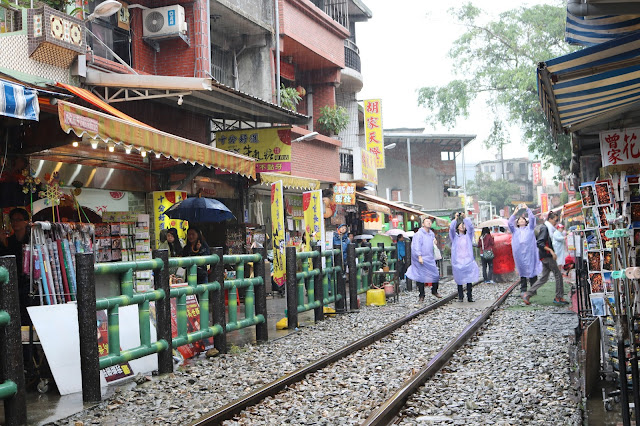 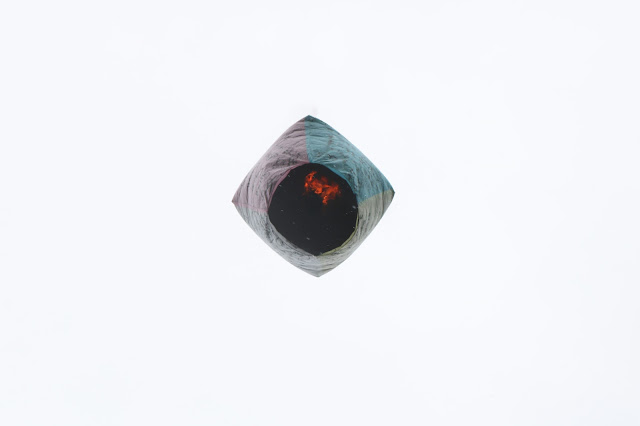 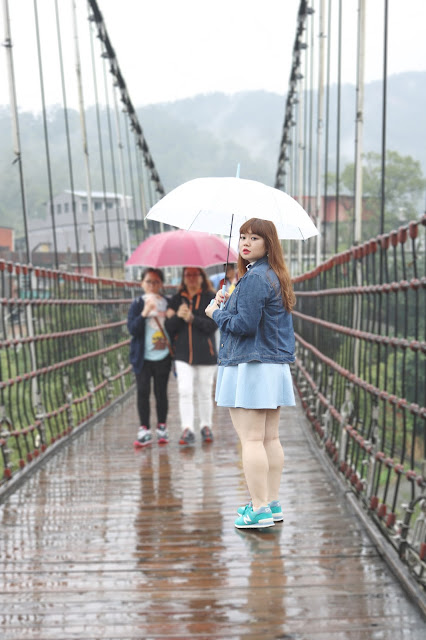 Well that's all for now, Part II of my trip would be posted soon! So stay tuned for future updates.