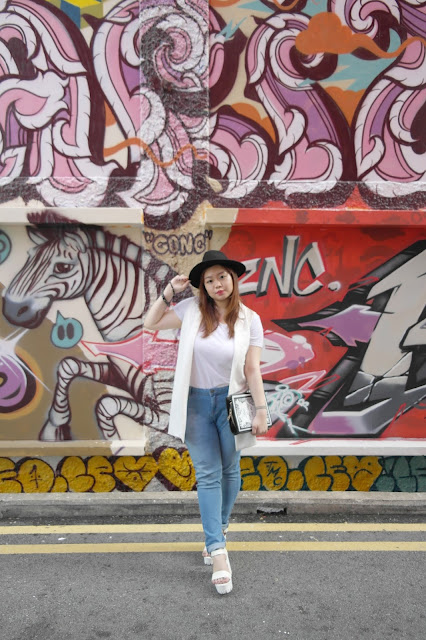 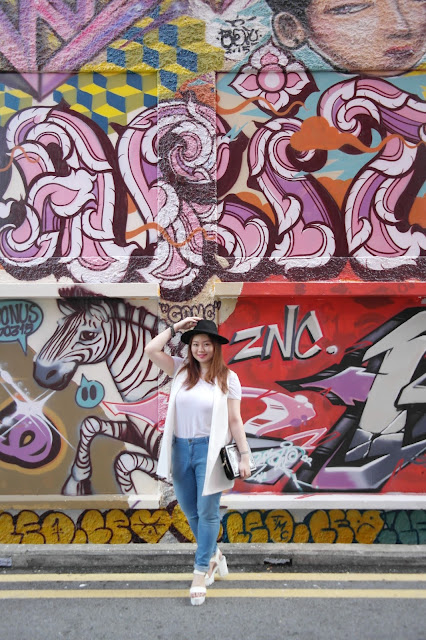 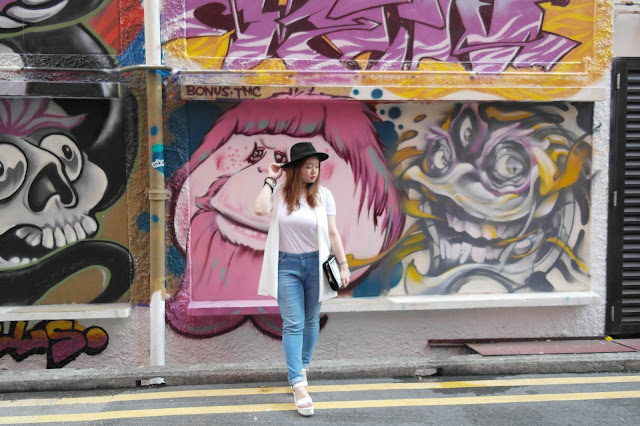 Last set of outfit photos shot using my Samsung NX1000, which came as a surprise to me that even after two years it's still functioning well and it unexpectedly outlive my Samsung NX210. Then again, this might just be the last time I'm getting myself a Samsung camera. There were so many occasions that the Samsung camera broke my heart! But I'm now renewed and recharged, I've now move on to team Canon now!

I've scouted this wall of graffiti art to be featured in my outfit photos two years back but I haven't gotten a chance to piece an outfit that could possibly bring out the vibrant colors of the art. Now that I'm decked in muted colors and wardrobe basics, it's just a perfect combination with the beautiful wall paintings.

Recently on my playlist, I've been keeping James Bay's album 'Chaos and the Calm' on repeat. Every song is gold! In the beginning it was Hold Back the River that got me hooked and when I continued listening to the album, the rankings for my favourite song just kept changing. It got to a point that I couldn't decide which was my favourite song anymore because the entire album is so easy on the ears. While I was writing this post, it kinda struck me that I share some resemblance with James Bay with that black hat and long hair! Haha. I'll leave you with one of the songs that I really liked on this album.