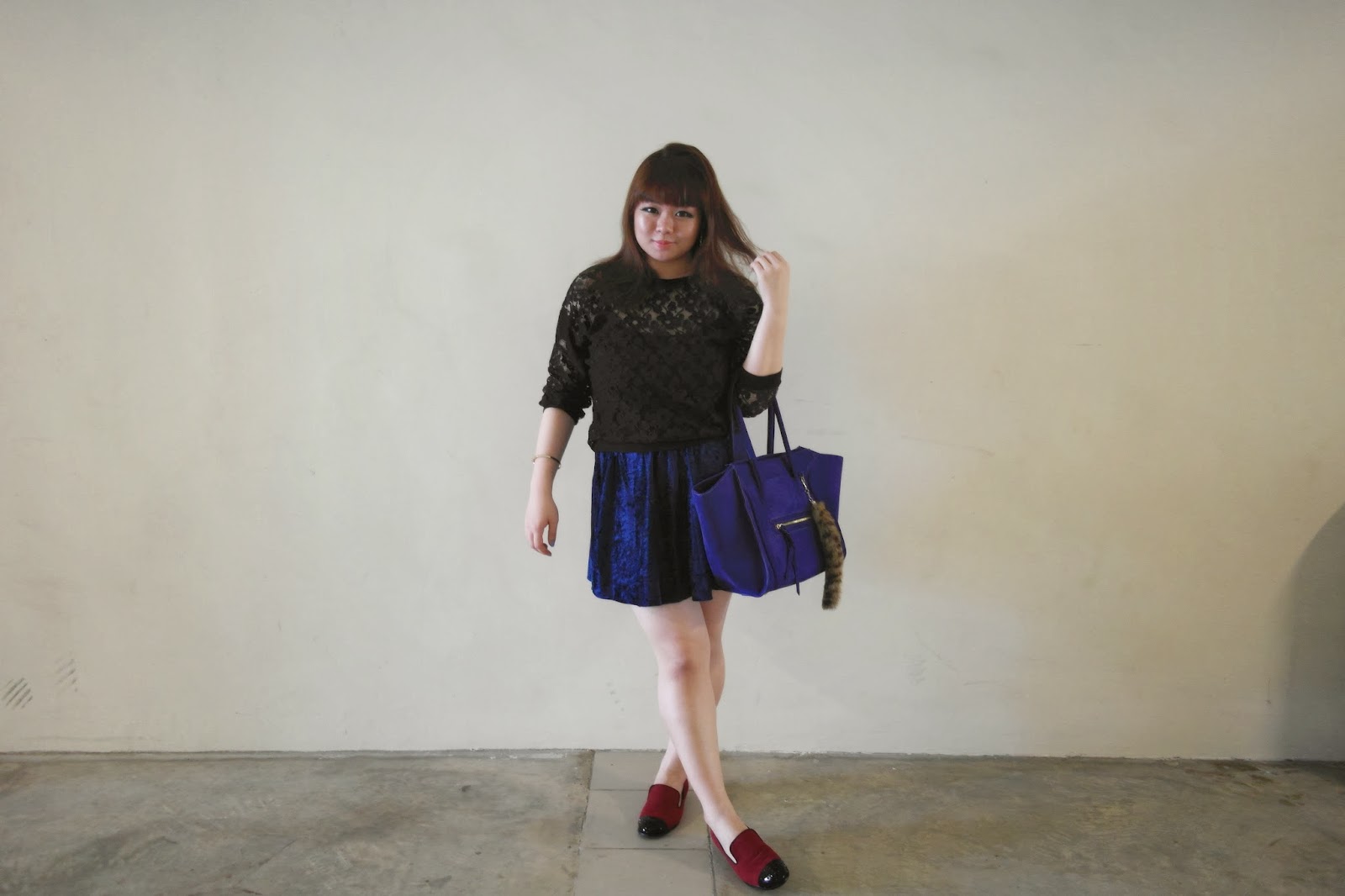 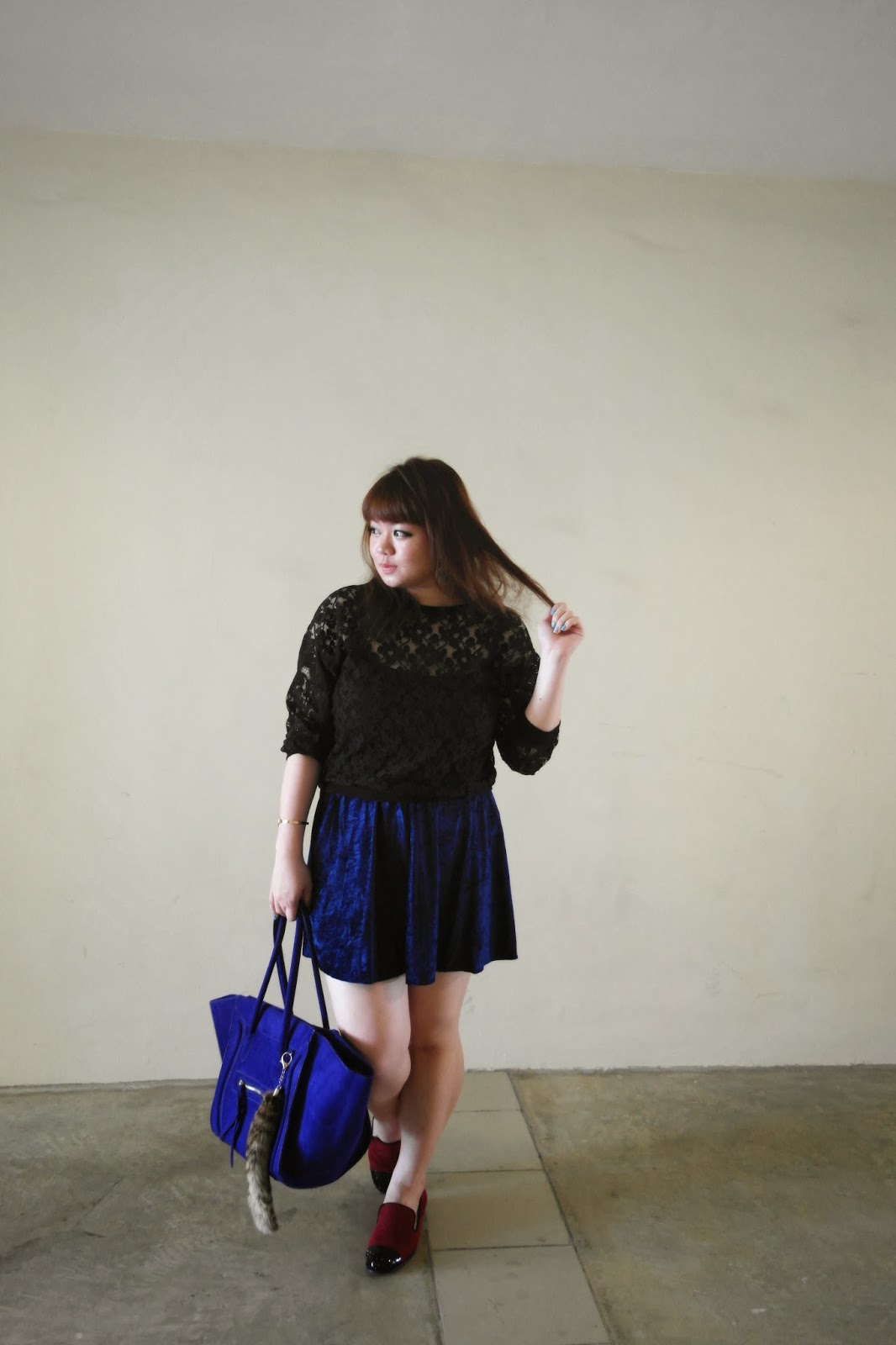 Just not too long ago, royal blue was my favourite color and velvet skirts were my go-to on lazy days. This outfit is so comfy that I practically wanted to recycle this outfit over and over again. Haha. In case you're wondering, most of the stuff that appeared in this outfit were all 'brandless' except for that pair of Charles and Keith shoes. Surprisingly, most of the item doesn't exceed SGD30!

Black laced jumper -From Bugis Street at $15. That is after digging my way through the 'discount' racks. By the way, this was the first piece of clothing that I ever bought from Bugis Street!

Now, who says you can't be fashionable on a budget? Speaking of which, I recently found out that I got featured on TBF! I'm really honoured and eggcited because this is my first time being featured on a fashion website~ I mean I never thought that I could be fashionable, considering the fact that I used to be very boring in my choices of clothes. (There was a period of time that I was stuck to leggings)
Check out TBF's post to see my face outfit that got featured and how other fashion bloggers played with the pastel palette for their Spring outfit. 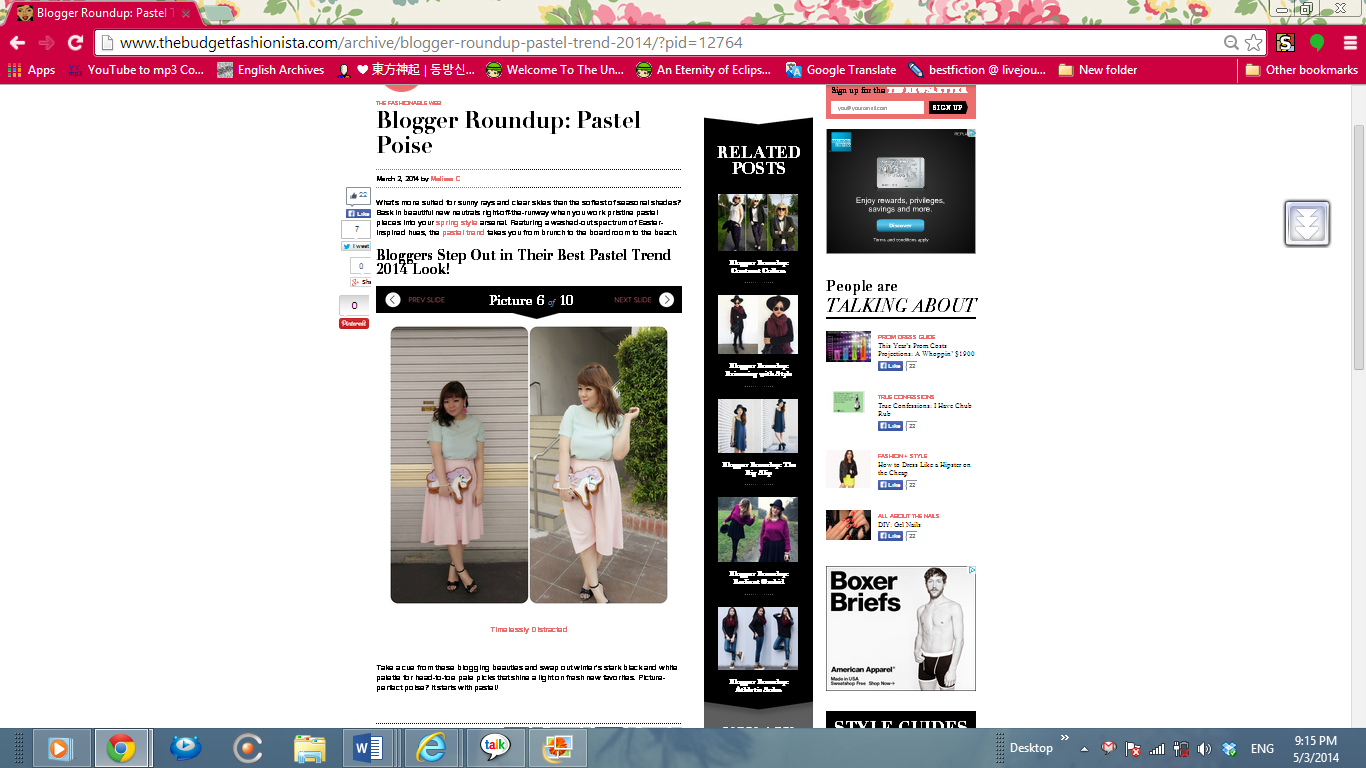 Don't forget to Hype my look on lookbook. :D