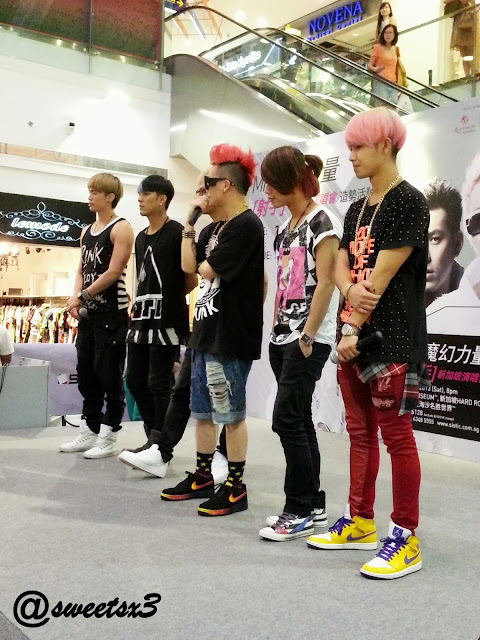 My Monday was so magical because I met with the 6 eye-candies from Magic Power...
If you have no clue who Magic Power is...

According to LastFM, " Magic Power (魔幻力量)is a 6-member rock/hip-hop band from Taiwan that was formed in 2008. Their music has a unique sound as it also contains essences of pop, electronica and rap amongst many others. They released their debut album, self tittled '魔幻力量' on 29/12/2009."


Remember that I talked about winning a pass to meet my favourite band? Well, it's D-DAY!
Haha, here's a stupid story behind my motivation to win the pass. Initially, I thought that the radio-station was giving away concert tickets so being a cheapo, I wanted to try my luck on the first day of the give-away by calling in. Who knew that I got lucky but only to found out that what I won wasn't what I wanted but a pass to meet them up-close. Now, here's the irony. I love watching them going on shows and interacting with fans but I JUST CAN'T. I don't wanna seem dumb or stupid, get it?
The event started off with a game session and the first round was charades which I FAILED! Hahahaha. I was elated about the failure because for the next round, the winners of the first round would have to do the Archer dance.
HO MAI GOSH. I knew I wouldn't have rocked that cool Archer dance because of my awkward body moves. I only do silly dances in my bathroom or in-front of people I'm really close to. So, one of the girls won with her awesome moves.

Well, I thought all of them looked pretty good in real life but some looked tanner than what I imagined them to be. One thing that was pretty obvious was that they were exhausted from the tight travelling schedule but from what I observed, they still dealt with fans professionally. Also to add, they were very down-to-earth and humble people. 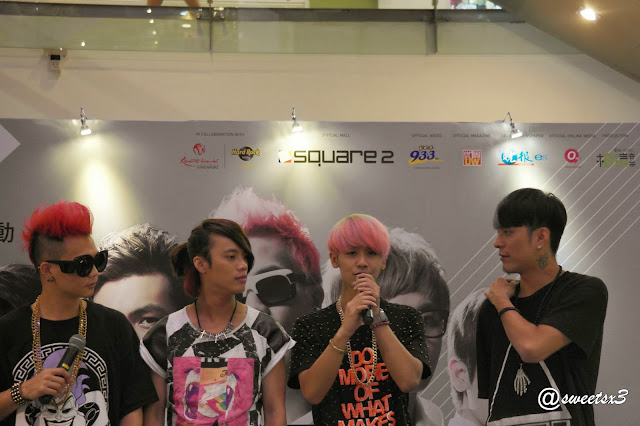 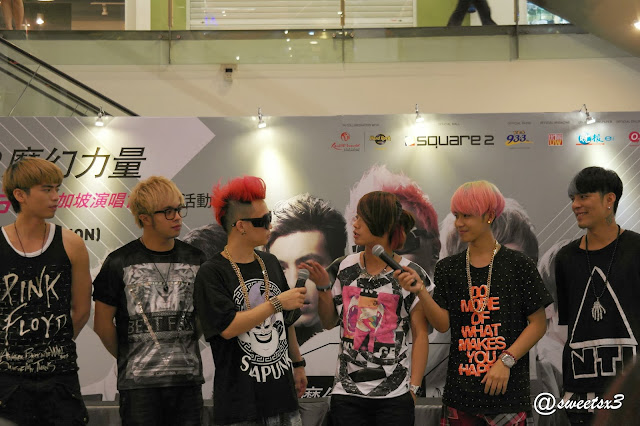 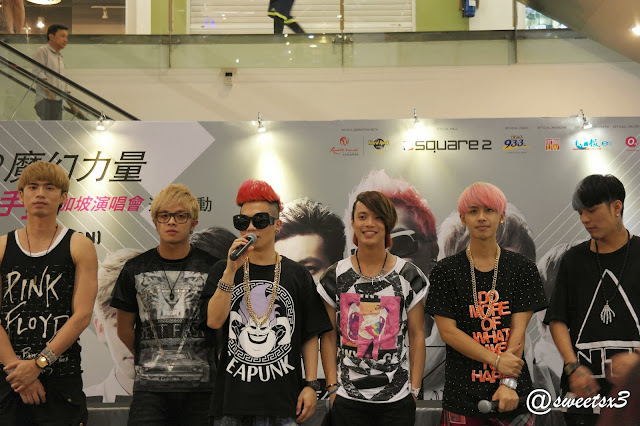 Ah-xiang has got pretty eyes.
Kaikai was... Nice (Not much of a memory left of him)
Tingting was badass! His tattoos is a beautiful piece of art and I wished he would wear even more sleeveless tops so he could show his tattoos. He's a mystery probably because he is always hiding behind his shades.
Lei Bao has got pretty features as well.
Gu Gu reminds me of 'My Little Pony' mainly because of his pastel pink hair and I found some streaks of pastel blue as well. Cute.
Gaga was totally cool. Check out my Insta-vid from a few days back.

Unlike the other fans, I didn't say much to them because I was so star-strucked the entire time that I don't even have time to think about what I could say to them. I was studying their faces and features and now that I think back I might seem a little creepy to them. Hahaha. I merely smiled and thanked them after they signed my copy of the album. Oh and I made a comment to Ting Ting, saying that I love his tattoos. Somehow, I managed to be calm and shook their hands. They were very sincere in thanking each and every fan after signing the album. They looked right into your eyes and said 'Thank You' which I thought was a nice gesture and they reciprocated with a handshake because pictures aren't allowed. Although Ting Ting is constantly hiding behind his shades, I could totally feel how sincere he was as well. 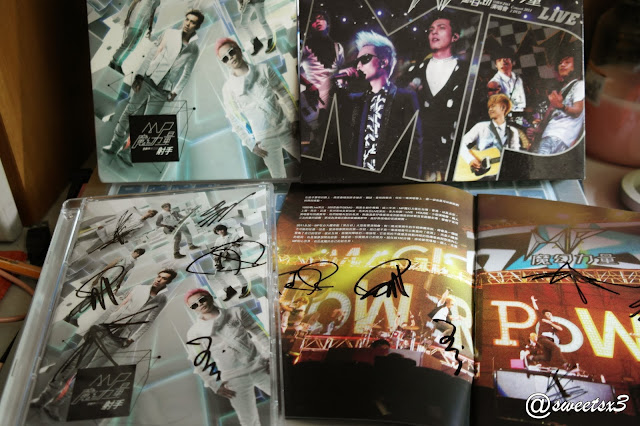 Of course, I'm very thankful for the opportunity to meet Magic Power and for my bff for being so awesome to accompany there. But seriously, this is probably gonna be my last time meeting them because the crowd there was so young! I mean those are little girls in their teens and I'm there being so out of place because I feel old. HAHAHAHA. Y'know it feels as if going for fansigns or chasing idols is so over my age now. Sigh, I'd just be a normal fan and just listen to whatever they have for us. Hopefully when they returned to Singapore again for a concert, I've influenced someone enough to fork out that money to accompany me to watch them perform live. 8D