I've been living a dream for the past 2 weeks and I never thought anything like that could have happened. Neither did I thought of meeting MP upclose in real life nor have I thought of attending their first concert in Singapore. But, all of it HAPPENED~ You can read my post HERE.

Just got back from Magic Power's concert （MP魔幻力量射手新加坡演唱会）  and they were unexpectedly good and so is their stage presence and energy on stage. The concert was held at The Coliseum; Hard Rock Hotel which was a non air-conditioned and small. We got lucky and our seats were just 2 rows away from the VIP area, considered good for a  free seating arrangement. Not that close but it's good enough.

Sharing some pictures from the awesome concert and it's quite obvious that my yubo's camera is biased because she only focuses selectively on the members she likes. Haha. 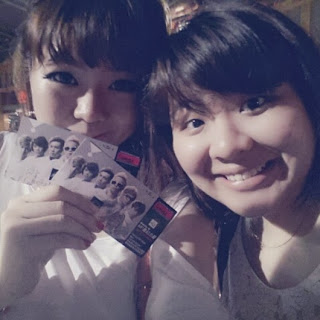 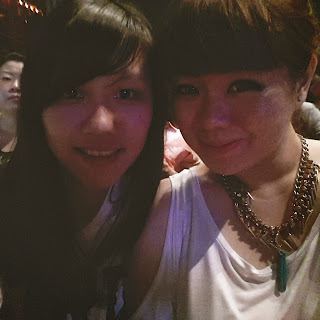 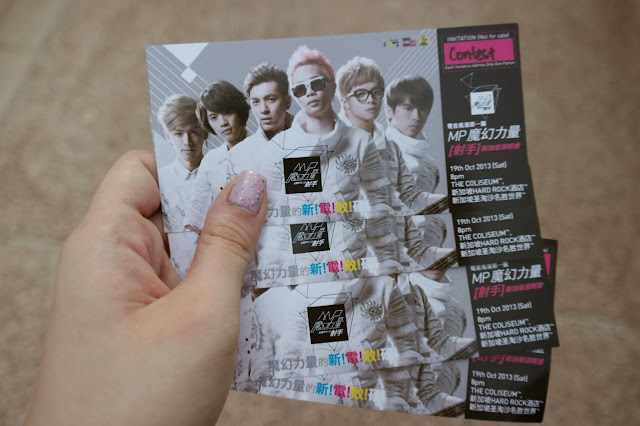 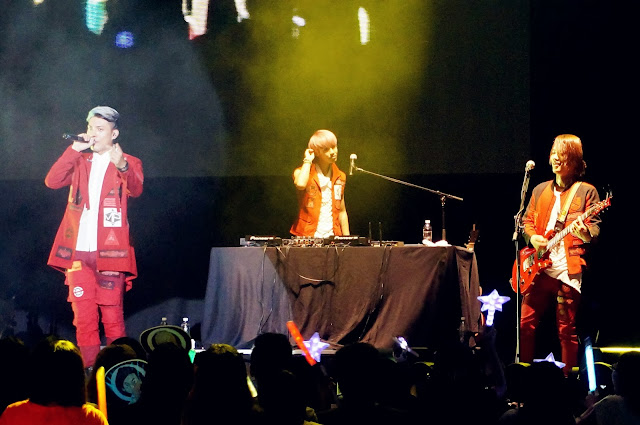 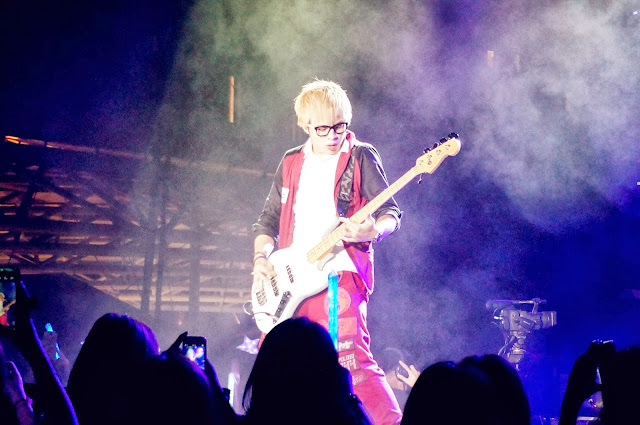 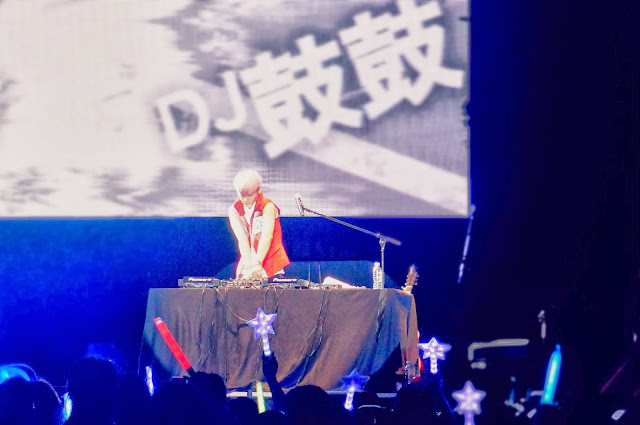 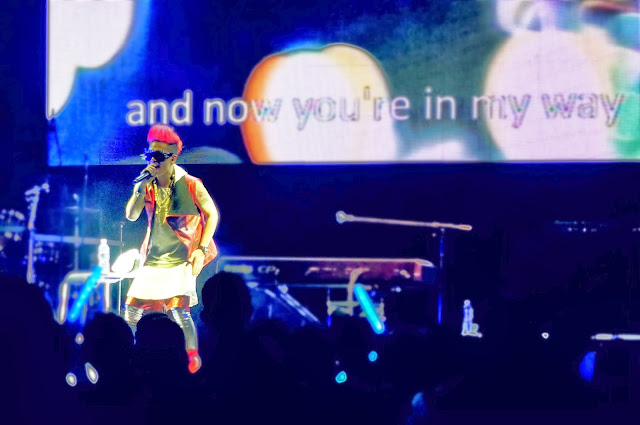 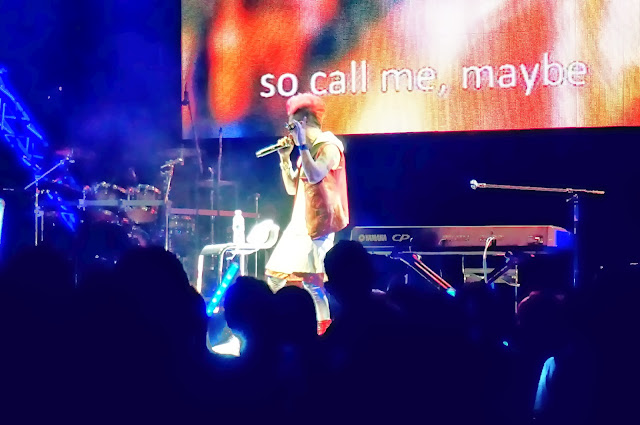 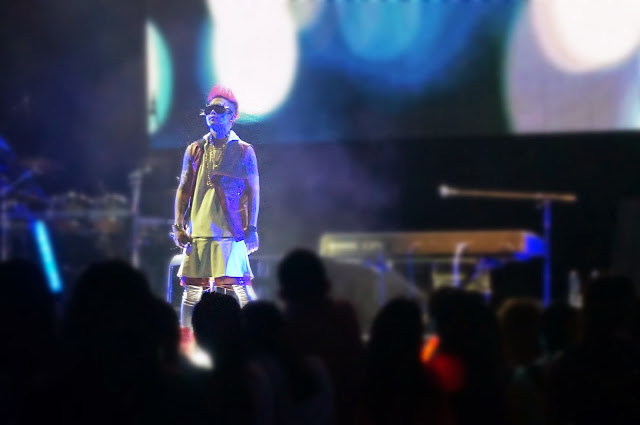 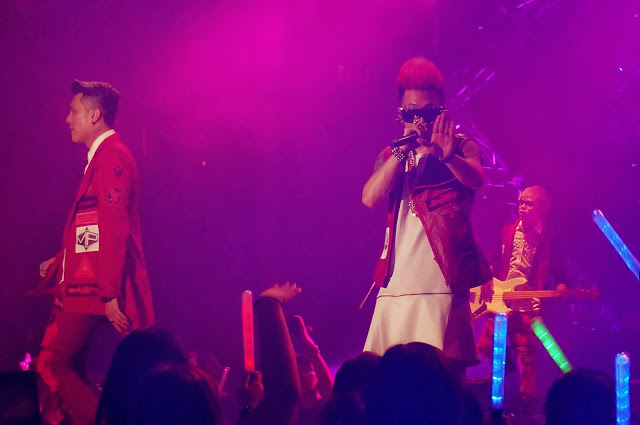 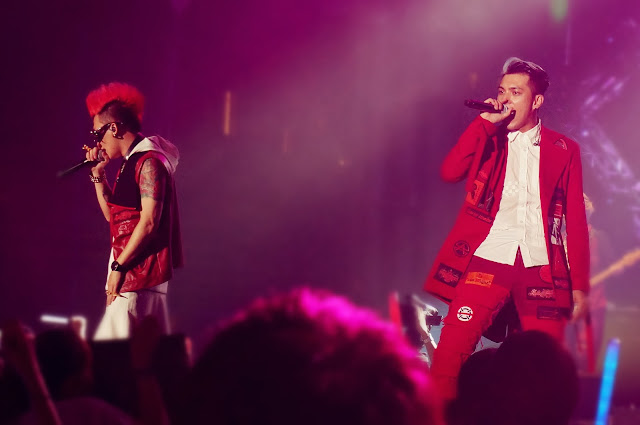 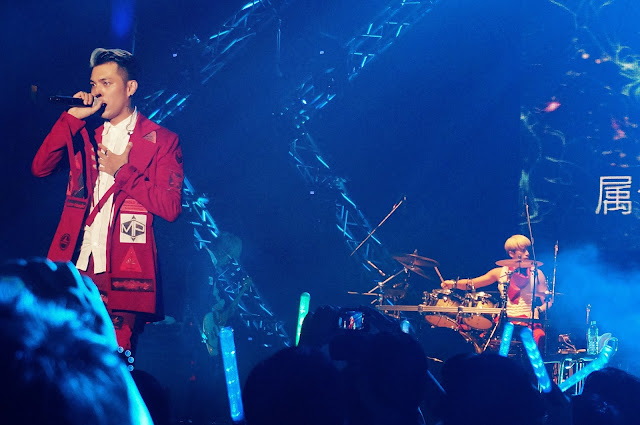 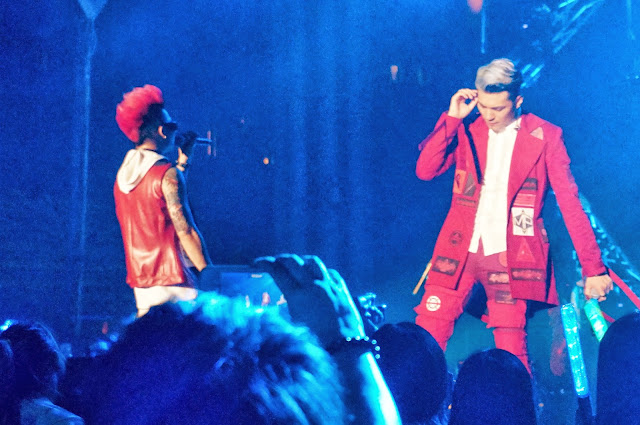 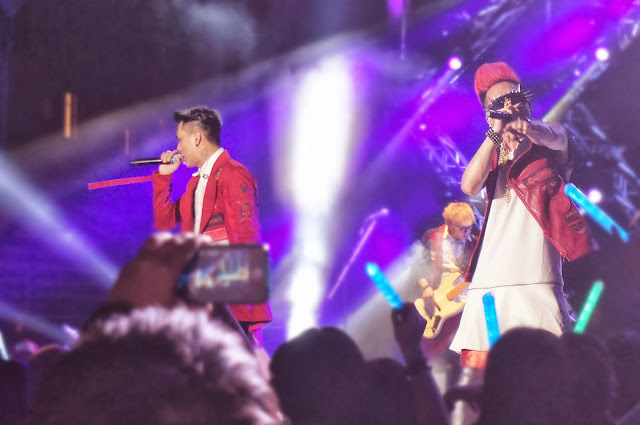 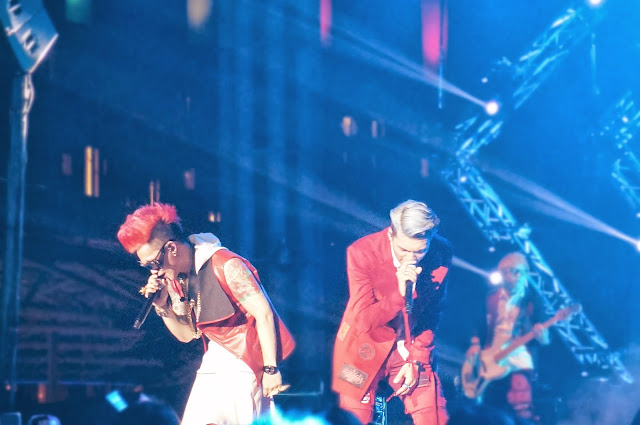 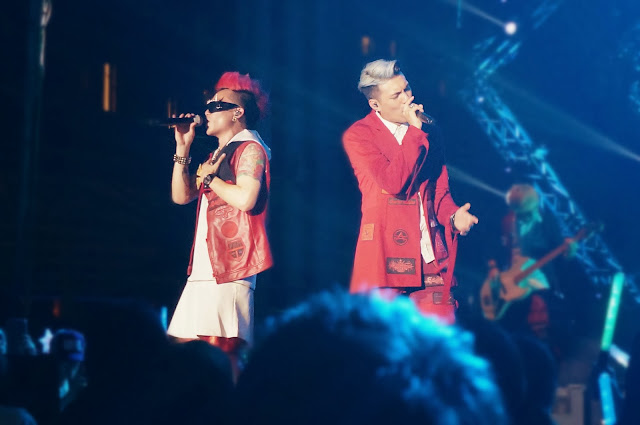 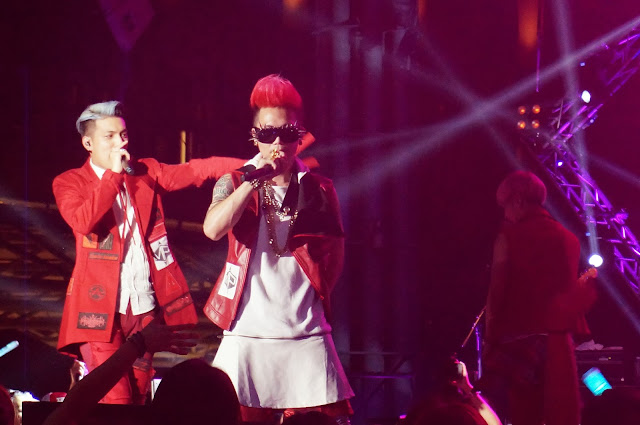 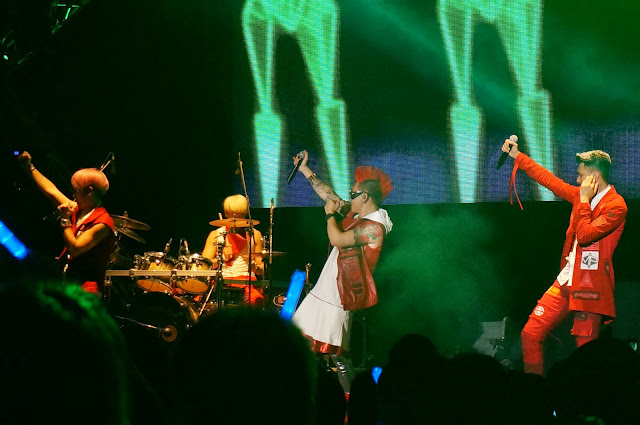 The tracklist for the concert covers songs from their first album all the way to the newest album and being such a hardworking fan, for the past week I've been putting Magic Power playlist on repeat so I was quite familiar with all of their songs. Extra plus points for Ting ting because he prepared an English song and a verse of self-written English rap to Call Me Maybe (Loved it although it was so sexual.)

My thoughts about the concert and Magic Power is that, they were so fucking sincere and professional. I wouldn't say the crowd was fantastic because some people actually paid 100 plus bucks just to SIT on the VIP seat throughout the whole concert as though they are watching a musical. If you're a media personnel, I could totally understand but as fans shouldn't you do the least to stand up and show enthusiasm for the concert? Hahaha, I'm very anal about unspotting crowds and it sucked because I'm surrounded by some of these people. They either sit down and shake their light-sticks robotically or just sit and stone. C'MON MAN, this is a rock concert not a musical! Even a wounded soldier can give his all while performing, I think it's the basics to show some respect and support. So yeah, I stood the entire concert.

You get what I mean when I talk about very coldcalm audience? 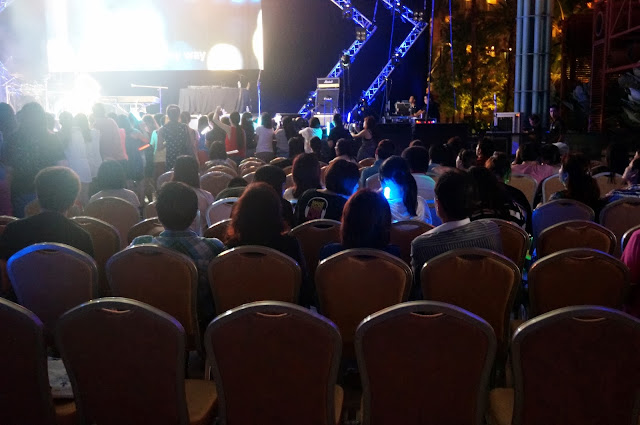 Uncle B, yubo and I all agreed that it's painful to perform for a dead audience and Magic Power was so damn hard-working and sincere the whole time. It's like they're performing like its their last and because of that, we were all very touched by their sincerity.

Ting Ting apologised for missing out song lyrics and breaking his voice while hitting some high notes that night . But I thought that is totally forgiveable not because that he sprained his ankle but because the amount of effort and the amount of sincerity all of them showed. (Haha, maybe he spotted some Olivia look alike at the audience that's why he got nervous and forgot some lyrics?)


and...... To think that our fate with Magic Power ended just like that.... We bumped into them coincidentally at the Lobby of Hard Rock Hotel.


HAHAHA I NEED TO DESCRIBE THIS IN DETAIL SO THAT I CAN REVISIT THIS PLEASANT MEMORY AGAIN.

So, uncle B went to collect his car leaving the 3 of us waiting at the Hard Rock Hotel Lobby. We were spacing out and suddenly I turned around and noticed a pink haired guy pushing some guy with striking red hair on the wheelchair. I was quite shocked for awhile and yubo kept slapping me wanting to confirm if it's them. Hahaha. Star-strucked once again.

My exact words were.... ehh ehhh ehh... isn't this? eh eh eh... Hi... ... (In a very small voice.) I wanted to say, "Isn't this Magic Power?" to Shar and yubo to grab their attention and they only realised it when they were standing right before our eyes. HAHA. I knew I had to do something, I have to because everyone was standing there just looking so I called out to Gu Gu and he paused and turned around, flashed his million dollar smile at us and said HI! So we waved at him.
Then after he helped Ting Ting on the buggy, I said 'Hi' to Ting Ting and he said 'Hi' back. I was actually hyperventilating in my heart zomgz........ The other band members got up to the buggy and Uncle B came along afterwards so we scrambled onto the car only to regret because none of us asked if we could take pictures with. Yubo and me are regretting this every single day until today. Sigh, if given the chance we would never have let the opportunity slip away.
After confirming details with yubo, she told me that she remembered Ting ting and Gu Gu smiling at us. 8D HAHA. I established eye contact with my bias and he  SMILED AT ME YO. ❤

So after we got to the car, we waved and bid that buggy full with Magic Power goodbye and yubo & me left with a regretful heart. D: If only, we were more brave that night... ....
If we hadn't bumped into them after the concert, it would have been so much easier to get over with the concert withdrawals. Unlike now, I can't seem to get over that smile that Ting Ting gave.

And yes, M A G I C P O W E R was so amazing and awesome during the concert and they are so worth checking out. A couple of their songs are very good on the ears and some are just nice to listen to when I'm doing my routine night jog.
(As a promise to Gaga, I'm writing this post to tell the whole world about the awesomeness of Magic Power. Not sure if my post would reach to millions but at least spark some interest in the people who are reading this.)

I shall end here with my favourite music video just because everyone looked super good here. You can also listen to other songs here.