A smile is a curve that sets everything straight. 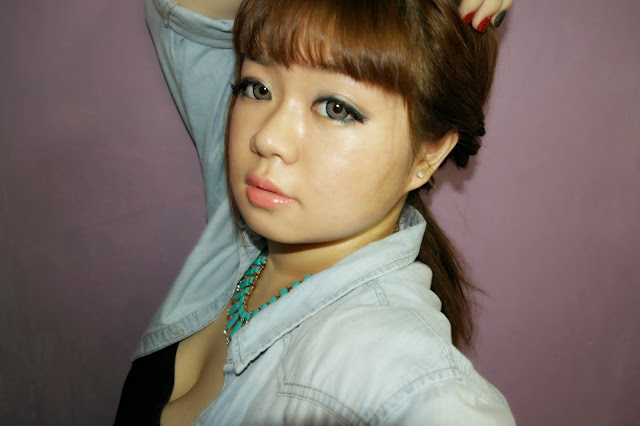 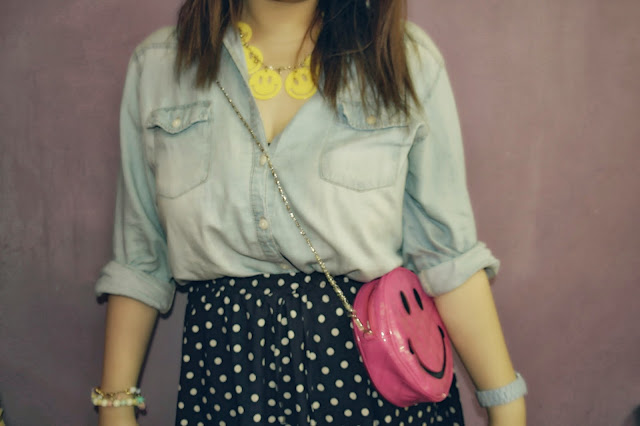 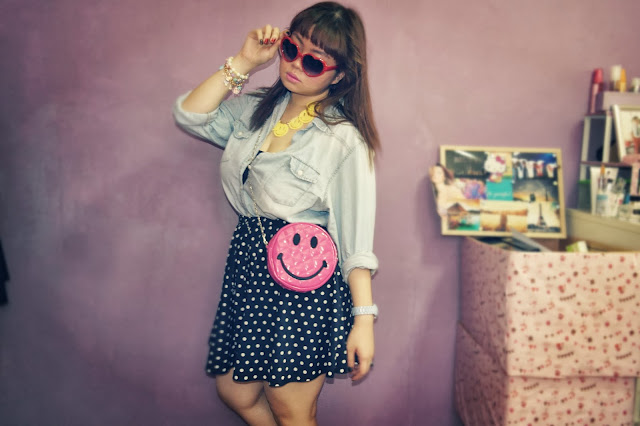 Wore this outfit to school and one of my friends commented that I looked like I came from the John Travolta era. Haha. So to make it more sixties inspired, I decided to add my heart-shaped sunnies. I've been very much in love with smiley faces and my trip to Bangkok was so fruitful because I managed to score a smiley necklace and purse. Truthfully speaking, the purse isn't of much use. I can't even fit my phone in it and to make matters worse that bitch keeps eating my hair. >: But oh wells, I'm still happy because it looks so cute~

Two weeks ago, I was complaining about not being able to go to Magic Power's first concert in Singapore. But just last week, I was so blessed to have won tickets to the concert from 933 and I indirectly helped my bff in winning another two tickets for herself as well!!! :D
This feeling of winning is just~~~~~ FANTASTIC. To be able to see them twice in a month, has got to be the most awesomest feeling ever.

Credits to my bff for the photos~ 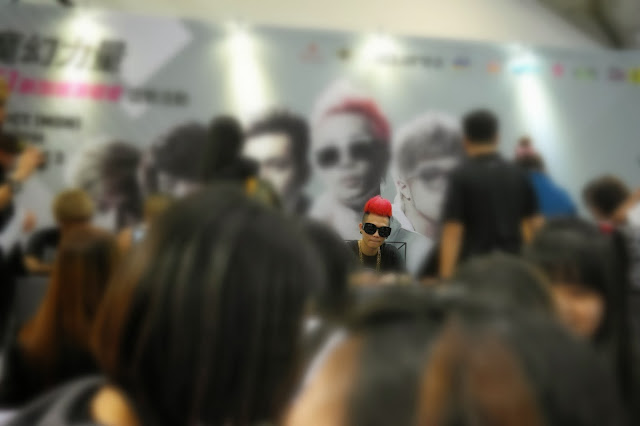 Blurred everyone out of the photo because.... I see only you. HAHA. 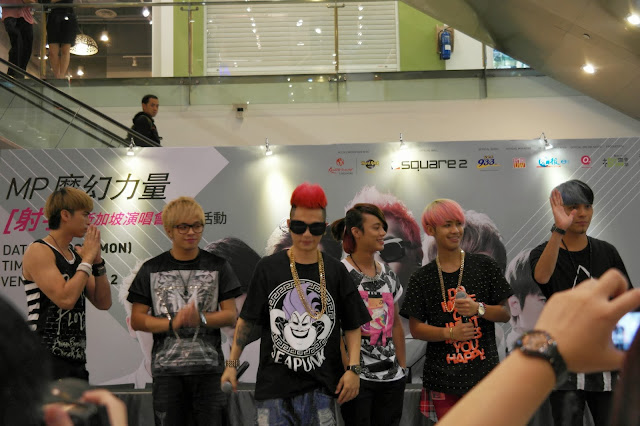