Too Cool For School

Just ended my break from school and a new trimester has just begun.

Although it was a short break, I'm still contented because it was long enough for me to rest, go on a mini clothing haul, catch up on Bones and also meeting up with my lovely friends.

With the start of a brand new school term, one of my lessons just had to fall on a weekend. Which in my opinion is the worst thing that could ever happen!!! Haha. I'm kidding, it wasn't that bad actually.

Anyway, being back in school for the first day, my top worry would be something that most students would have too.  It's not about unable to adjust to a new school term or worrying about being stressful for assignments BUT  finding the right team mates and getting into groups!!!

Last trimester was so smooth because I managed to be in the same class as my Dream Team, I didn't have to worry about who to group with. But this trimester, I have only one friend that is  having same classes as me because I failed to bid the classes that Dream Team chose.
So whenever, the lecturer says "Please get into groups of 4 because." I get super stressed up. But the most worrying part is already done, I am hoping for the best for the new school term!

Wanna know how I got into a group?
When I got to my seat, I sat down so heavily that my chair pushed the table behind which caused an impact to my classmates who are seated behind me. When I turned around to see what I've done, I saw that their faces were in shock. Hahaha. I was so embarrassed and I kept apologising to them. Sigh, that was just me being me~
But yeah, from that moment of embarrassment, I thought there was nothing to lose so I continued to be more thick skin and ask if we could join them to form a group.
And yay, we're a group now and that was how I got into one~ So glad that I'm not a lost sheep like how I was in trimester 1.

Oh yes, I'm back with an outfit post! This was what I wore to school for the class I had on a Saturday afternoon. 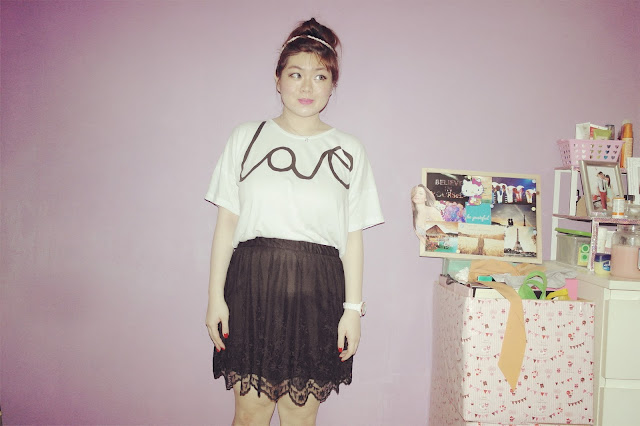 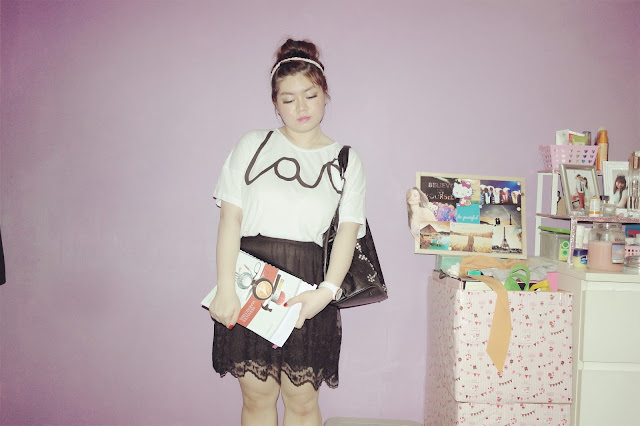 Decided to put my hair in a high bun because the weather here in Singapore is such a killer nowadays, putting my hair up would be a smarter choice.
I love my LOVE oversized t-shirt so much because it's so comfy, I got it when ASOS was having sales during my recent clothing haul and the embroidered skirt was bought months ago from H&M and this is my first time wearing it.
I paired a t-shirt with the skirt because I thought that it would toned the skirt down and make it look more casual than it should be. To make the look a little more edgy, I used my studded skull bag. 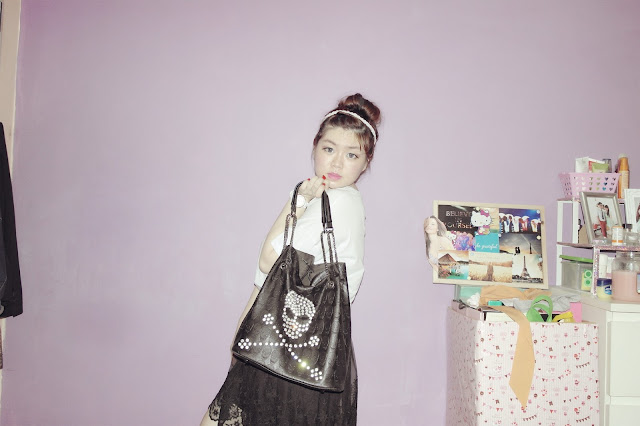 I got this bag during my BKK trip last August which I feel that it's my best buy! This bag goes well with any outfit which is why I love it so much! I've been using it since the start of my school term last year. 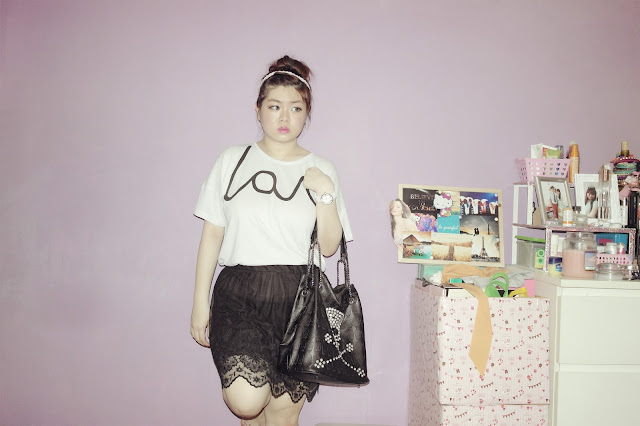 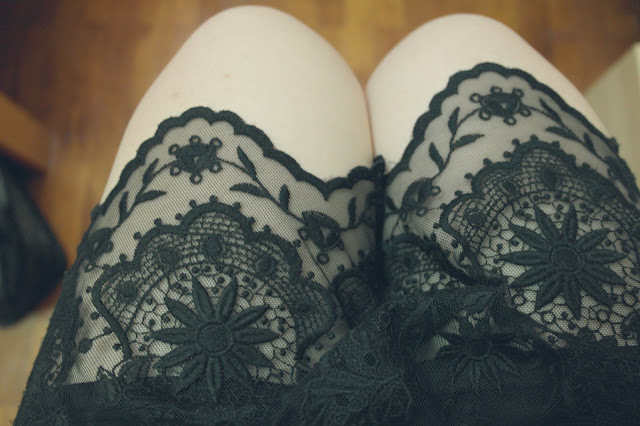 Have a closer look to the embroidered hem of my skirt! Loving the details~ 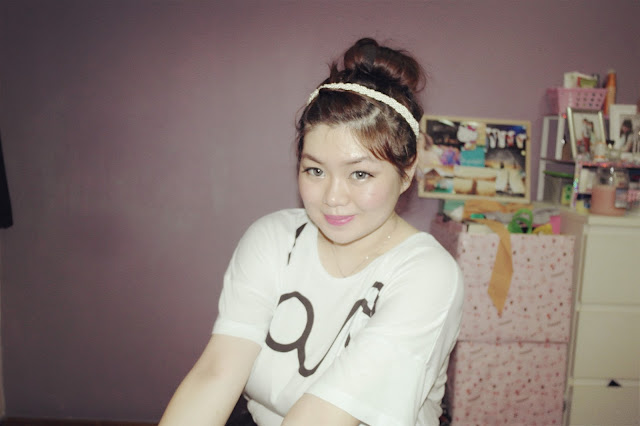 That's for all! But before I end this post, I would wanna ask my readers...

(1) Are you socially awkward?
(2) How do you usually start off a conversation with someone you just met?

Thank you for reading and commenting. I'm always appreciative of you~
XOXO.

Email ThisBlogThis!Share to TwitterShare to FacebookShare to Pinterest
Labels: OOTD