Had a short met up with my bff Sabrina on the last day of May.
Haven't seen the girl for more than 6 months and we're finally meeting up. It was a beautiful day and the weather was pretty good. It was really awesome meeting Sabrinaaaaa cause we haven't met in a long time. S and I were like besties all the way back during secondary school days and she's someone who liked K-pop back in the days. That was when K-pop wasn't a wave yet. (I moved on to K-Indie eventually.) 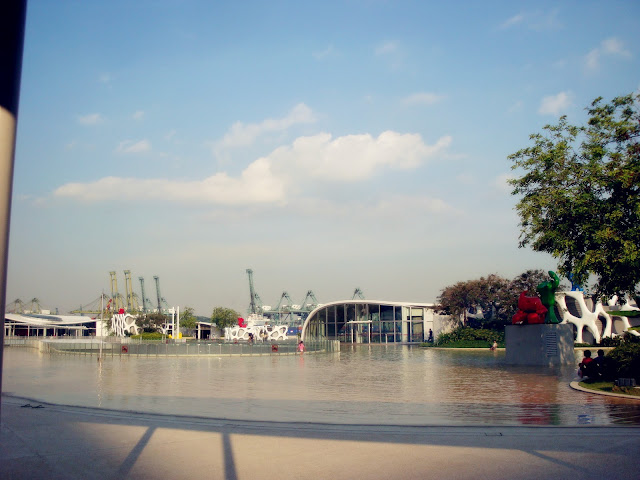 So after having talks over coffee and some shopping, I suggested to move outdoors to take pictures because it will look nicer with natural light! 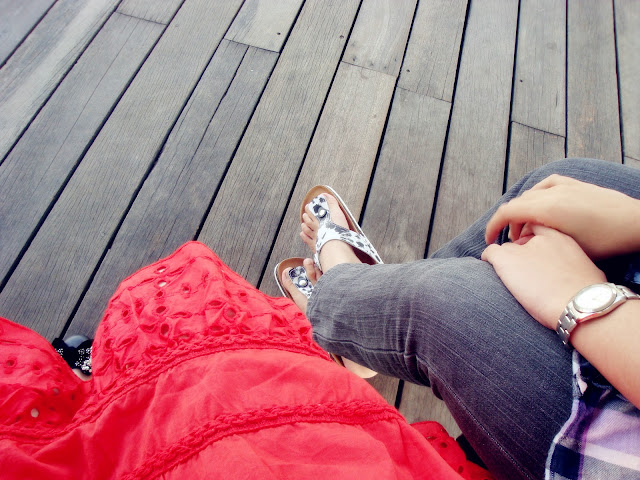 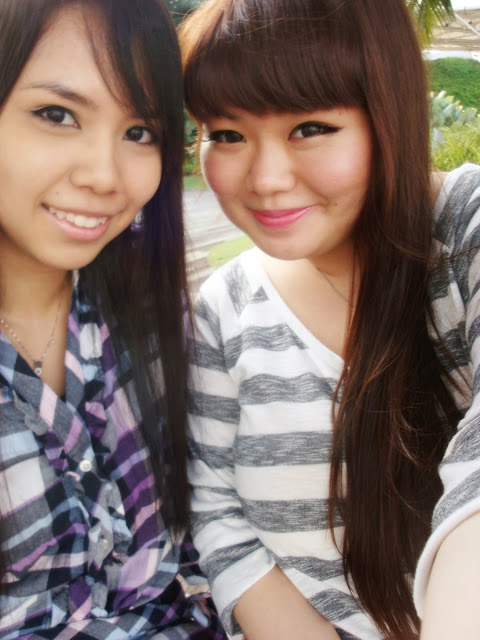 It's so weird, cause while we were posing for selcas. Some stranger came up to us and snapped our pictures, we were kinda shocked cause he was like "Come, come, come, take pictures. I help you." Then he snapped us using his camera. Hahaha, but whatever, I take it as he took our photos because he thinks Sabrina & I are beautiful. Hahahahaha. 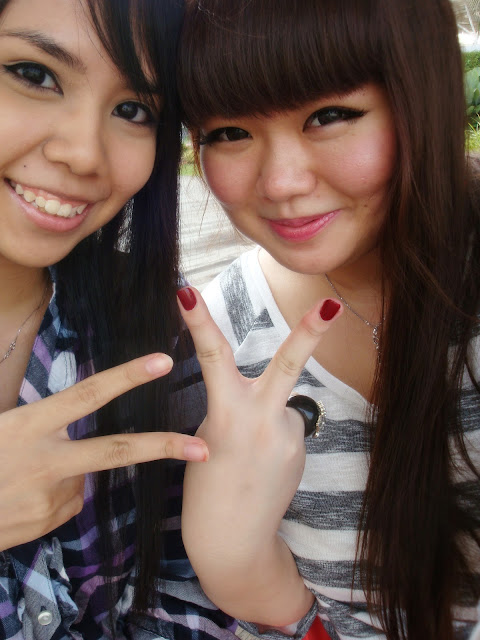 I very rarely smile with my teeth, I was saying "Kimchi~" When we took this. Heehee.
Oh, and I realised that Sabrina and I has got one thing in common. The both of us have a mole near our mouth area. Hahaha. 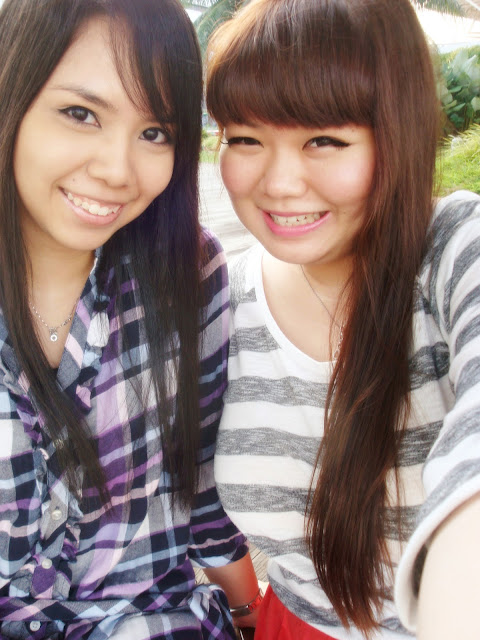 Check our my brown furball~ My Aunt has one too and lil Jaydee loves this ball of fur so much that she likes to nom/salivate on it. 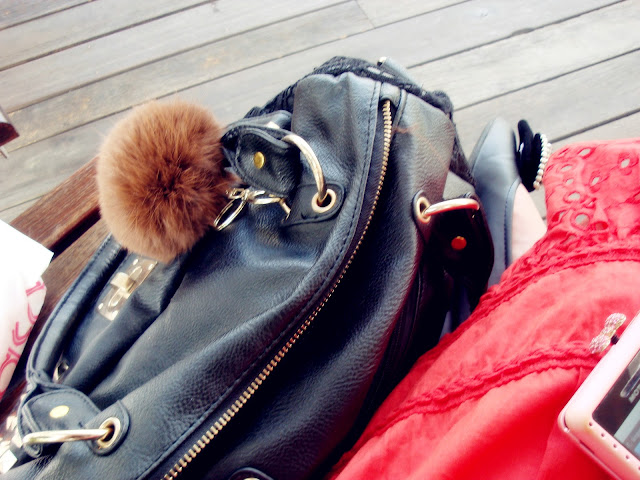 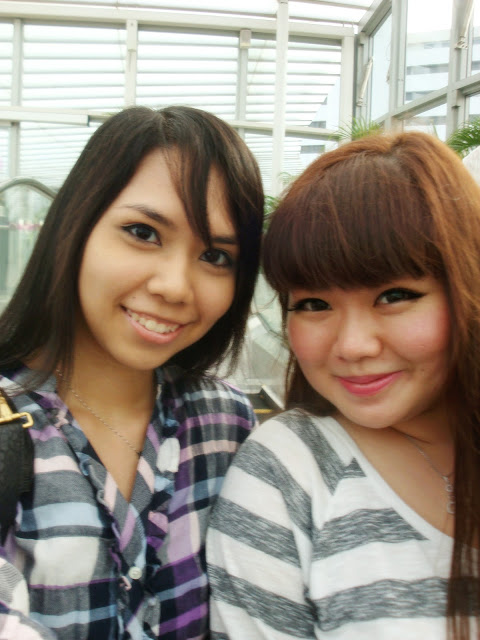 After sitting for awhile, I looked up and saw cable cars. I've been wanting to ride on it so badly because the last time I went on it was like donkey years ago, so I asked her if she wanna go take a ride on the cable car.
And she said ok! (OMG, she's so on!!!!)

Did research on my phone on the round trip tickets and found that the price was actually alright so we walked over to find the ticketing booth. But well........... the website lied to us. I was kinda disappointed but got over soon enough. Hahahaha. Because the later part of the day, I got myself nice buys! So happy and contented about it. 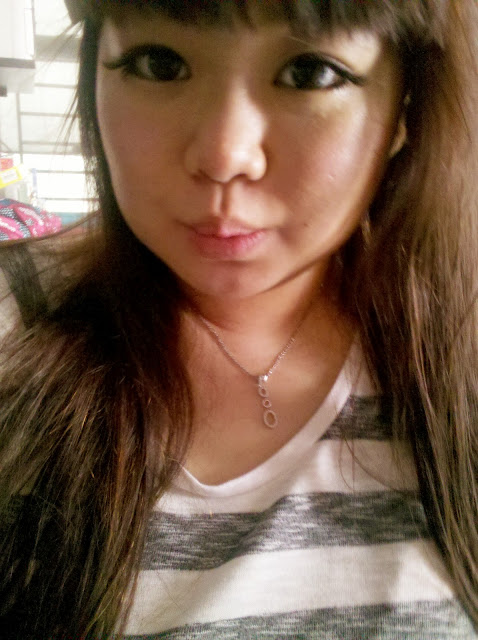 My OOTD, I kinda liked this look. This skirt that I'm wearing was actually put away after the first wear and I kinda forgot about it, until recently I tried to find clothes to create new looks so that I don't look like I'm always repeating my clothes. 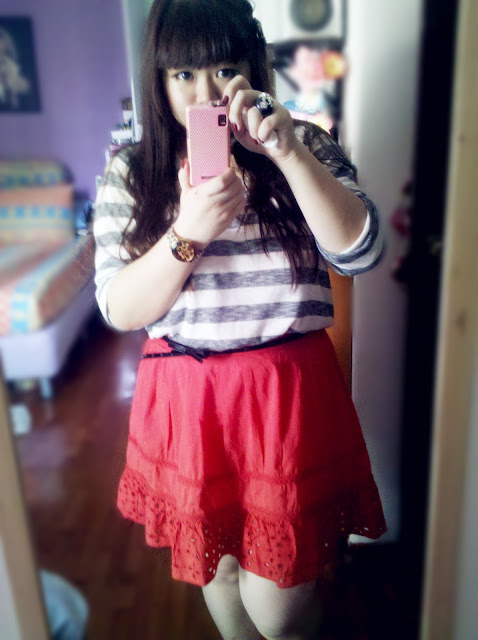